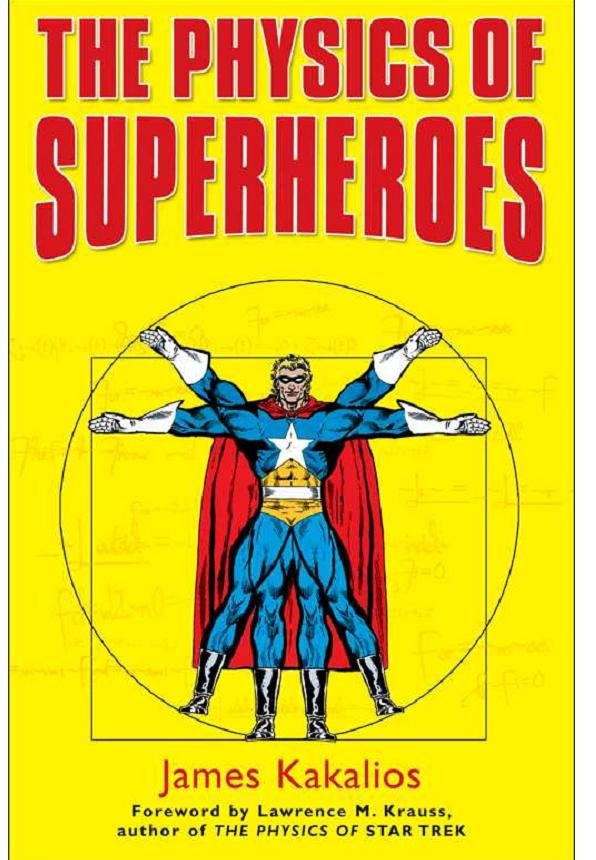 如果超级英雄们走出漫画和银幕，他们的超能力在现实的物理学限制下还是可能的吗？超人需要多强壮才能一跃而起到屋顶？Xman里面的暴风女是否真的能控制气象？闪电侠需要吃多少汉堡才能跑的比声音还快？本书中James Kakalios教授将用现实世界的物理学，从能量，热力学，量子理论乃至弦理论来探索超级英雄们的能力，满足大家的好奇。=================# Paperback: 384 pages# Publisher: Gotham (September 21, 2006)# Language: English# ISBN-10: 1592402429If superheroes stepped off the comic book page or silver screen and into reality, could they actually work their wonders in a world constrained by the laws of physics? How strong would Superman have to be to "leap tall buildings in a single bound"? Could Storm of the X-Men possibly control the weather? And how many cheeseburgers would the Flash need to eat to be able to run at supersonic speeds?Face front, True Believer, and wonder no more! Because in The Physics of Superheroes acclaimed university professor James Kakalios shows that comic book heroes and villains get their physics right more often than you think.In this scintillating scientific survey of super powers you’ll learn what the physics of forces and motion can reveal about Superman’s strength and the true cause of the destruction of his home planet Krypton, what villains Magneto and Electro can teach us about the nature of electricity—and finally get the definitive answer about whether it was the Green Goblin or Spider-Man’s webbing that killed the Wall Crawler’s girlfriend Gwen Stacy in that fateful plunge from the George Washington Bridge!Along the way, The Physics of Superheroes explores everything from energy, to thermodynamics, to quantum mechanics, to solid state physics, and Kakalios relates the physics in comic books to such real-world applications as automobile airbags, microwave ovens, and transistors. You’ll also see how comic books have often been ahead of science in explaining recent topics in quantum mechanics (with Kitty Pryde of the X-Men) and string theory (with the Crisis on Infinite Earths).This is the book you need to read if you ever wondered how the Invisible Woman of the Fantastic Four can see when she turns transparent, if the Atom could travel on an electron through a phone line, or if electromagnetic theory can explain how Professor X reads minds. Fun, provocative, and packed with more superheroes and superpowers than an Avengers-Justice League crossover, The Physics of Superheroes will make both comic-book fans and physicists exclaim, "Excelsior!" --This text refers to an out of print or unavailable edition of this title. 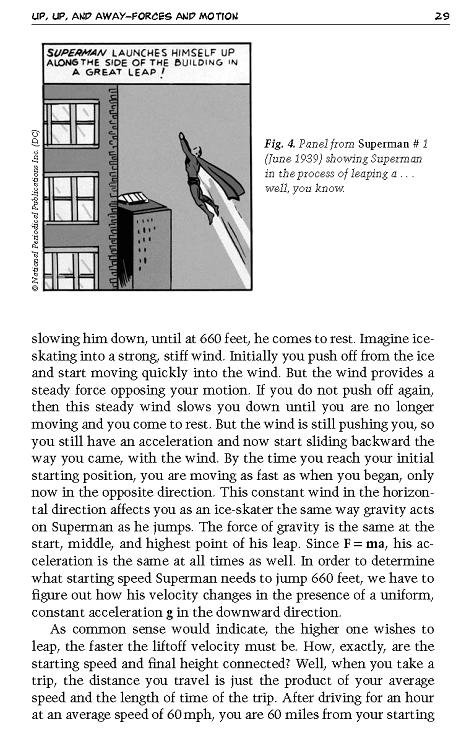